Our second lorry load of equipment arrived in Moldova on Wednesday 26th June. This time we are delivering to our own secure warehouse, leased free by Riscani Council and managed by our local team at Moldova Aid. Hospitals and clinics can collect equipment, and we have good stock control. Once again, huge thanks to all […]

Belated Happy Anniversary to our trustee

MAD-Aid would like to say a Very Happy Golden anniversary to our trustee John Barnes and his lovely wife Ann. Ann and John had 2 lovely Golden Wedding parties and raised about £ 300.00 towards MAD-Aid’s next shipment. Thanks, John and Ann, and our good wishes for many happy years ahead. We’re ready to send […] 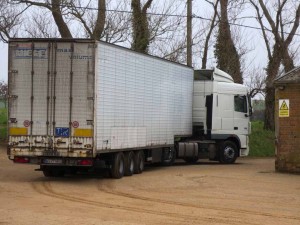 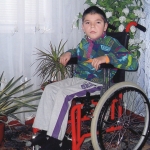 We’ve just heard from Victoria that all the deliveries are now done. Victoria and John will visit the hospital in Chisinau tomorrow, Thursday, to check that the equipment is on the wards. Deliveries were carried out in a hired transit van beautifully decorated with our sponsors’ signs and our own. New bedside cabinet on a […]

First Shipment on its way

On Monday, March 4th, 2013, just five months after our launch, our first lorry filled with beds and medical equipment left the Isle of Wight for Moldova. The lorry and our volunteers arrived on site at A E Brown Farms in Merstone at 8 a.m. There was a bitterly cold wind, and the sun remained […]

Nearly ready to go – with help from our friends

Things are moving very fast now at MAD-Aid. Since telling you two weeks ago that we are seeking funding for our first shipment, we’ve sourced almost all the money we need, thanks to generous donations and the help of our tireless volunteers. Since MAD-Aid was formed in 2012, we have sought collaborators working in similar […]