Just a few weeks after the new coronavirus arrived and caused a health crisis in Italy late February this year, the virus entered Moldova, presumably carried in by the many Moldovans working in that hard-hit country.

Moldova went into lockdown quickly, after the first few cases, because as citizens of this poor country we knew we were not ready to face a pandemic. MAD-Aid was established back in 2012 exactly with the purpose of helping to improve conditions in Moldovan hospitals. But of course, there is still a very long way to go before world standards can be achieved.

For MAD-Aid, the past six months have been hard. At Phoenix Complex in Riscani, most of the regular activities had to be paused. Phoenix Pool is under construction, still unfinished. Our Phoenix Centre staff and daycare children had to stay home, in isolation. Phoenix Home sits empty. Staff had to be put on redundancy pay.

It was hard to know how and where to start to “act now and act fast” when the situation is critical, and how to help fight the COVID-19. But as the saying goes, great minds think alike. Moldova has many civil activists who believe in their country and its people.

So was not surprise when Ana Racu and Anatol Untura joined forces to start a campaign to find ways to provide the health sector with basic supplies. The aim was to boost the morale of the doctors and medical teams—nurses, ambulance drivers, paramedics, caregivers—by providing them with minimum needs—water, tea, coffee, soap, hand sanitiser—and by being there for them when the state inevitably delays or is late in providing them the minimum protective gear required to keep them protected. In short, they wanted to keep the frontliners encouraged, to give them hope.

MAD-Aid jumped at the opportunity to join this enthusiastic team, initially offering the logistics support with our two sister organisations – MAD-Aid in UK and Moldova AID on the ground. Victoria immediately became an integral part of the team.

From idea formation to setting up the campaign took just 10 minutes of meeting and a few hours of work. Victoria, Ana, and Anatol had never met in person, yet within days, they managed to pull together over 2,000 donors, with large organisations, major donors, and individuals, to collect over 200,000 pounds.

The campaign in Romanian is called: Impreuna Pentru Voi. That translates in English to: Together for You. Care for caregivers was the main message.

Then the hard work started–where to buy, how to buy, how to meet high standards for the equipment and personal protection equipment (PPE), how to arrange logistics in lockdown with Anatol in Romania, Victoria in the UK, and Ana in Moldova.

But step by step, day and night, the team worked hard. They managed to source high-quality goods: first by persuading local manufacturers to produce quality PPE, using local factories whenever possible and then importing only after making careful assessments.

Below you will see the report in numbers, but it is important to mention that this colossal effort did give HOPE. The team with its supporters held the fort for the frontliners until the large donors came in, such as Romania Convoy, UN donations, and the EU. They encouraged so many other organisations and initiatives to do the same in their own way—to raise funds to support their own locations.

When we stand together, we can fight through anything. This too shall pass. And let’s hope too that this experience will leave us more compassion and empathic with each other. 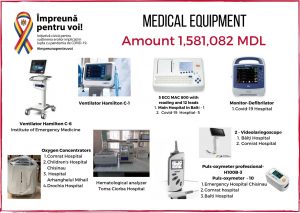 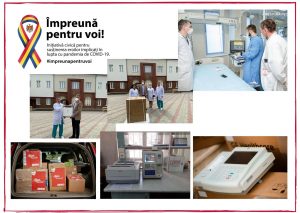 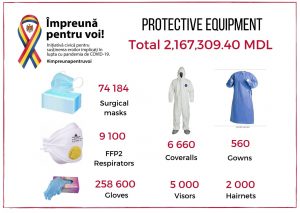 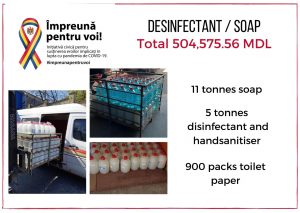 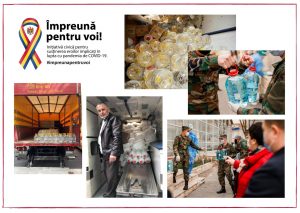 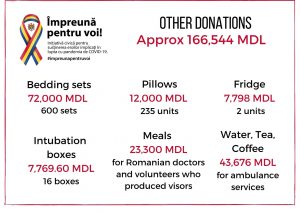 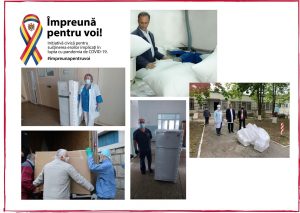 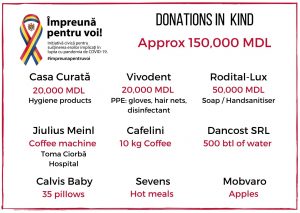 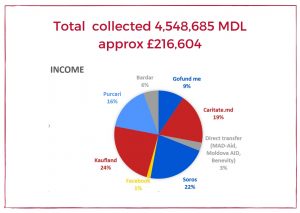 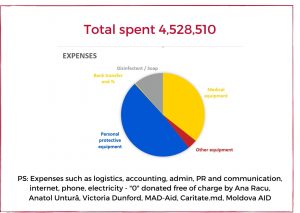 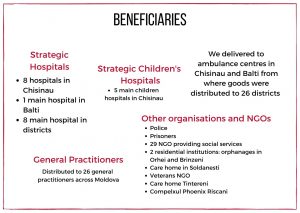 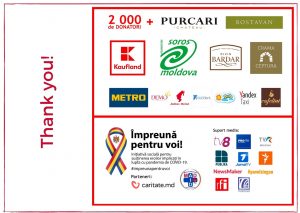